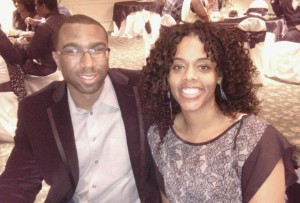 Karey Thomas was born in Pleasantville, located on the northeast side of Houston, Texas. He was a troubled adolescent who ultimately was convicted of 18 years in prison for aggravated robbery. During his imprisonment he discovered a new way of life through spirituality. He served as the face of the chapel by facilitating service and advising inmates, prison official, and correction officers. In 2005, during a fellowship program he met a mentor that poured into his life and connected him to International Leaders, who later mentored and groomed him in the ministry. He also begin to take classes that would broaden his horizons and equip him with the tools to overcome. In 2013, he was released from prison and continued his quest for knowledge. He attended the International Christian Institute, where he graduated as a Certified Christian Counselor. He is an active member of the International Christian Chaplain Association (CCC#100-11788). He went on to obtain his Chaplaincy from the Christian Bible Institute and Seminary. While mentoring a friend in 2015, Karey realized the need for quality counseling through a lifestyle change. He recognized his purpose to equip individuals from a spiritual, mental and physical aspect. He developed a coaching strategy that would target all three areas of life designed to “ignite the fire within you.” Thomas methods are unconventional, yet incorporate the simplicity of day to day experiences to provoke change.

He is a man of integrity, diligence and dedication. He is committed to invoking change in society. A principled man that believes in the value of family and partnership. He is married to Sharonda Gradney-Thomas and has 6 children. Thomas is a faithful member of Relentless Church in Spring. He is an active partner of Standing in Faith Ministries, speaking in prisons throughout Texas. He is a board member and on air exhorter of Oasis Radio program; strengthening inmates and families through broadcast. Karey believes that if you are fulfilling your purpose, “In the end, you always win!”

Sunday
By appointment only